Raising funds: How much is too much? What are VCs looking for?

There comes a point in a fundraising conversation when a VC can potentially tune out: the moment you reveal your burn rate and how much you are looking to raise, indicating you’re hoping to raise enough capital to last 3+ years. Any savvy VC is going to want to know why you intend on raising for such a long trajectory. Not only that but they will want to know how much you are raising in order to evaluate the reality of achieving it and whether the capital will indeed last as long as you are predicting. Furthermore, they will want to know what progress they will see, come the end of your funding period.

Simply put, a VC needs to know how much you are aiming to raise, and specifically, if this sum is achievable. They will want to see that your goal is appropriate for your project, progress, and team’s needs. Any founder whose done their fair share of pitches will know you need to demonstrate your spending specifically, certainly not by solely stating 25% on marketing, the 35% on research and development, 40% on technology. Make sure to incorporate a spreadsheet or visual outline of your cash burn protection in detail. Our advice - take the time to plan this out meticulously, since this will internalize your financial planning, helping you stay on track throughout your round.

So, what seems an appropriate amount for your project? If you have a company of fewer than 10 employees, having raised less than $500K and revenue is slow, setting out to raise $4-5 million is a rather large undertaking. The general rule of thumb states you want to aim for enough resources to last you an 18 to 24-month period, that is reasonable, given your progress to date. Raising too much capital in the first round can lead some entrepreneurs to spend their cash all too quickly. Furthermore, receiving less capital in the first round might even push founders to get more creative in finding solutions. Nonetheless, having a solid financial plan is vital. Few VCs appreciate an entrepreneur saying they are raising extra capital as a “cushion” or for a potential acquisition. Knowing that you are experimenting with their funding for several years is not an incentive for investing and VCs will prefer to review extra funding if and when the occasion arises.

Working with the premise that you, as the founder, will keep 20-25% of the company, the capital you raise in your round is a pretty decent valuation tool for any VC. For example, when raising a round of $4-5 million, your VC will assume you are expecting $12 million at the pre-low-end range (around $16m post-money valutation) and $20 million at the pre-high-end (around $25 million post-money valutation). So, when you propose to a VC that you intend to raise $4-5 million, they are actually hearing $12-20 million pre-money expectations.

More often than not, many founders make the fundamental error of requesting unrealistic capital during the fundraising. It is far better to aim for around just below your target capital since VCs will be far more interested in a project that’s attracting multiple funding avenues. By generating momentum in this way you create a deal that’s in demand and everyone wants a piece of that. Moreover, when firms are hooked in, it’s even simpler to increase the size of your round and valuation, later on in the process.

After approximately 18-24 months your money will likely be spent, and since you’ll need around 3-6 months to raise for your second round, you’ve got at least 12-15 months of solid progress to make before the market and VCs will check in with how your project is going. VCs would rather you come back to the market, 2 years post initial round, to showcase your successes and allow them to re-evaluate your project. Evidently this is not ideal for most founders but understanding how VCs operate will ensure you are better equipped for these tricky conversations. 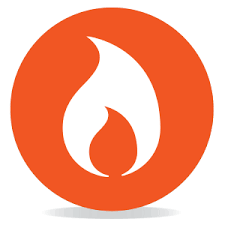